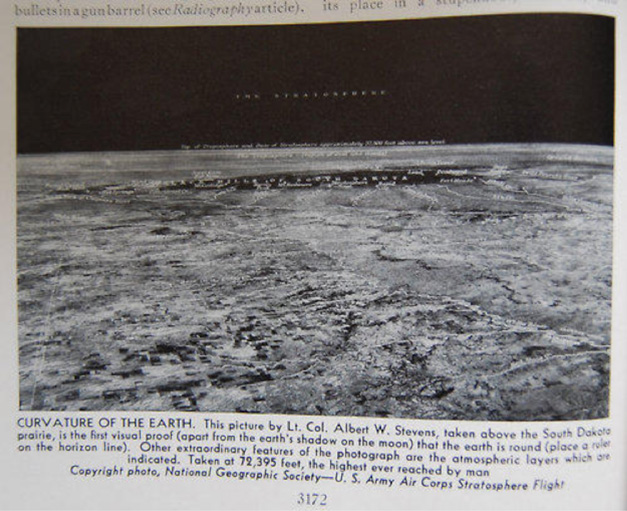 On Dec. 30, 1930, the first photograph that captured the curvature of the Earth was displayed at a joint session of the American Association for the Advancement of Science. The photo was taken by Capt. Albert Stevens of the U.S. Army Air Corps, which later became the U.S. Air Force. Stevens used panchromatic photographic film to record an image of an area larger than some states.

The photo captured the distant horizon over 300 miles ahead as bent slightly downward toward one end. Taking photos from the sky was difficult and, to cut through haze, Stevens employed infrared-sensitive film for long-distance aerial shots where subjects were visually obscured.

In 1932, Stevens took the first photographs of the Moon’s shadow on the Earth during a solar eclipse. In 1934, Stevens and army officers Maj. William Kepner and Capt. Orvil Anderson boarded a specially built balloon to attempt to break the altitude record however the balloon burst but all three men managed to parachute to safety.